I really don't dedicate enough time to this blog, the problem is I am usually doing the work you are reading about, or I am traveling, or working so I can pay for these misadventures.  It's horrible and I feel bad, but I still feel like I can ask all of you for a big favor.

I decided to enter our small house to the This Old House reader curb appeal contest!  There isn't a cash prize or anything but there is bragging rights and a feature in the magazine (swoon).  I won't lie this vain little girl really wants her house in a magazine!

Please go to the link below and slide the bar to 100 and submit.  You can do this once a day... so if you have spare time please vote away!
http://youroldhouse.thisoldhouse.com/thisoldhouse/submission.jsp?id=119254 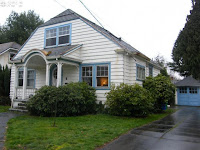 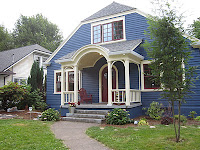 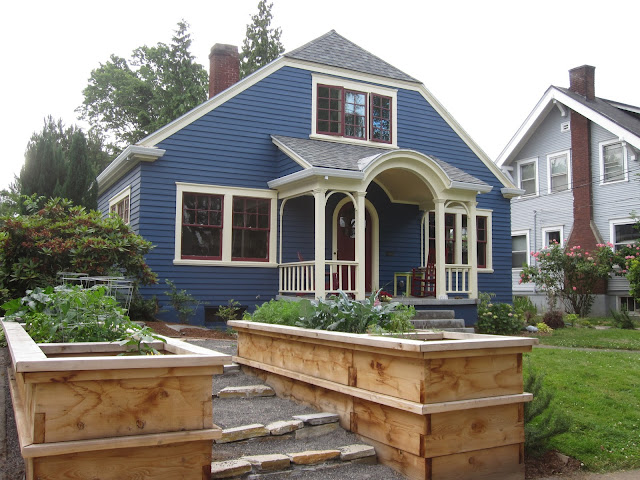 Now, I have not covered our exterior remodel in the blog world since it was done last summer so you can view this as a teaser also.
Posted by Taylor at 1:49 PM 1 comment:

After several weeks of stripping... the built-in.  I moved on to sanding, patching, and painting the lower portion.  This got a healthy three coats of Bone White (see earlier blog for color information).  I also bleached all the drawers down and put new cork liners in the bottom.  Apparently, I am not only a DIY maven but also apparently a clean freak.   After the drawers were lined I installed some brand new knobs I got at Restoration Hardware.  These are amazing, they are real solid oil rub bronze knobs that weigh about a pound each.  I love that they are slightly over sized and remind me of the talking door knob in Alice in Wonderland. 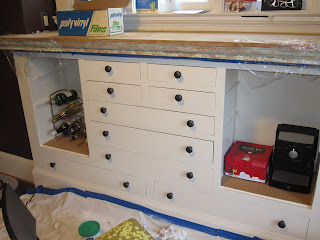 The lower portion went so quickly and easily I felt super successful and excited about the end of the project.  Then I started staining the top.  This took a few tries to get right.  I was trying with a brush at first and it just didn't seem to be going on evenly.  Each time I would sand all the stain off and start again.  Finally I discovered staining with a rag... this was much more successful and after three coats I felt pretty good about my staining jobs.  The second to last step was applying a sealer... I debated between varnish, lacquer, poly or just an oil treatment.  The Internet is a warren of conflicting information, after hundreds of articles and blog entries I gleamed this: varnish is REALLY hard... you should be a professional or at least have a spray gun for it.  Oil would require me 3-4 times a year apply a fresh coat to protect the wood from sun, water, and whatever I left on top.  Apparently lacquer can also go yellow and eventually chip off... urgh.  So I decided good old fashion poly would be my trick. 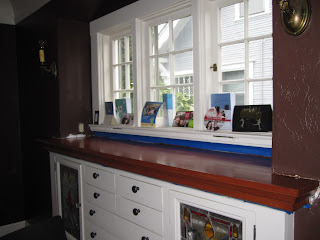 Of course, I had similar issues with the poly.  I was tentative and putting it on way too light.  The issue with poly is when you are applying it to the surface it looks horrible.  No matter what you do there is brush strokes and small air bubbles.  What I eventually learned was if you apply it thick enough then these spread out and go away as it dries.  After a few different methods I settled on foam brushes. These did not leave brush strokes and after three coats of poly I finally had to admit, I might be done.   I touched up the paint around the top and called it a day.  Needless to say this was a labor of love.  It took we two months and way too long to be proud of.  I think a capable person could do this in about 5 days but in the end I feel like the result was pretty professional and I will admit to running my hands along the glossy top every time I pass it! 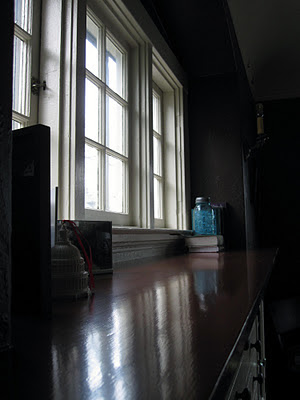 After the holidays.  We were all a little whipped.  Josh and Gus took a well deserved rest.  I on the other hand, seemed to be itching for even more work. sick? I decided to take on our dining room built-in.  Ever since we bought the house I was thinking about stripping it back to bare wood and staining it.  Most of the houses in our neighborhood are older then our house.  These houses are all filled with beautiful unpainted woodwork that I have been very jealous of. 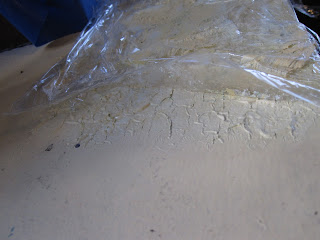 I decided I would start with the top of the built-in and go from there.  The most interesting and frustrating part was that someone had covered the top of the built-in with contact paper.  Contact paper with a fake wood grain.... yay it was a trip.  What was not a trip was the fact that it was REALLY stuck to the cabinet.  It took me a whole day just to peel it off in small centimeter long strips.  Once I got to the painted surface I started putting on the stripper.  I painted it on and covered it with plastic wrap and left it for 24 hours.  When I came back the next day.  I was able to remove two-three layers of the paint.  Unfortunately, there was another two layers of paint under that!   This was going to be slow going! 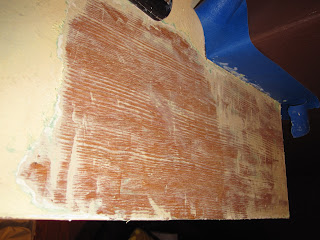 Once you start a project you can't stop.  I learned from my first pass and thickly covered the wood this time. Around this time, I also realized my built-in had always been painted.  There was no stain or varnish as I got down.  I worried about the inaccurancy of me stripping this bare.  Did houses in the 1920's even have wood showing?  At the same time, I was looking a one solid 8 foot long 1" thick slab of beautiful old growth douglas fir with absolutely no knots or grains. In the end, my love for wood won out.  I decided to compromise. I would strip and seal the top of the buit-in but leave the bottom painted. 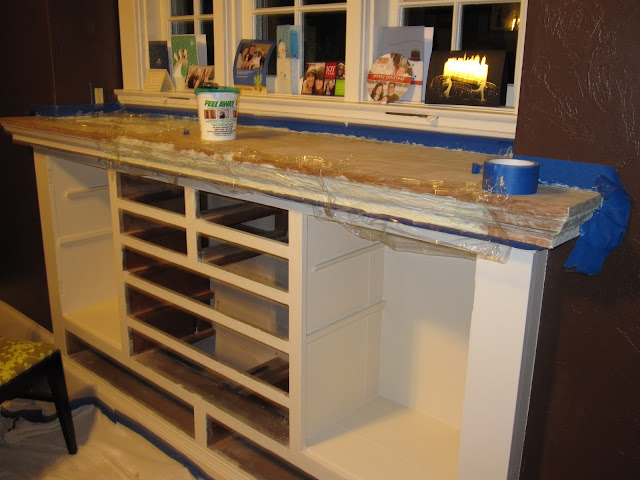 Two weeks, and three passes with the stripper and I had removed all the paint from the top of the cabinet.  I would not recommend this project to most people.  I have what is often considered an obsessive attention to small detailed projects.  In fact, I often get overwhelmed with the big picture, so this worked great for me.  Everyday afterwork I stripped a small segment and applied more stripper to sit overnight.  Josh understandably had no interest in taking on this mountain and left me to it.