Before and After Interior

We bought our house in March 2010 here is a quick run down of our before and afters.

The Living Room
﻿In 2010, we had the hardwood floors refinished. We also had the walls skim coated. We painted the walls, trim and ceiling. In 2012, we installed a new ceiling fan and switch covers and added window pulls. In 2013, we painted the brick hearth, stripped the mantel and stained it, and installed a new fireplace surround.﻿﻿﻿﻿
﻿﻿
﻿﻿﻿﻿﻿﻿﻿Next up?﻿﻿﻿﻿

We would love to build in a bench with storage behind the front door.

Dining Room
In 2010, we had the hardwood floors refinished. We also had the walls skim coated to repair serious damage to the plaster, especially below the windows. We painted the walls, trim, and ceiling. In 2011, we stripped the built-in, repainted the bottom, and stained the top. We also replace the cabinet hardware and added window pulls. In 2012, we installed a new chandelier and replaced the switch covers. In 2013, we replaced three cracked panes in the original windows.

Next up?
We feel pretty good about this space. If anything changes it will be because of a kitchen remodel.
﻿ 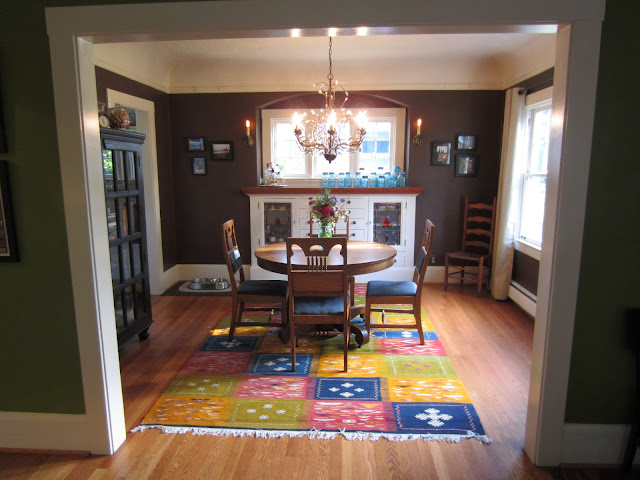 In 2010, we had the hardwood floors refinished. We took off the upper cabinet doors and repainted the cabinets, walls, trim and ceiling. We removed a lower cabinet and installed a new dishwasher. We replaced the countertops and the sink. We installed a new faucet and hardware on the cabinets. We replaced the refrigerator and the light in the nook. We also added new bead board as a backsplash.


Next Up?
We would love to get a gas stove and move it into the nook where the pantry shelf is. We would then relocate the fridge and move the pantry over. We would probably repaint the room a soft gray color at that time. We would also love to change out the main ceiling light in the room. I keep playing with the idea of stripping the upper cabinets and reinstalling the doors. There is also a possiblity we may just gut the kitchen… We will see. 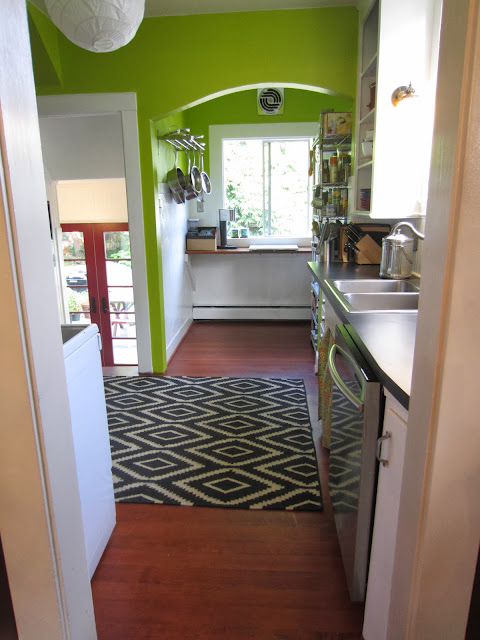 In 2011, we installed a new French door and a dog door for Gus, we also had beadboard installed on the walls and skim coated the ceiling. We had a light added (there was none) and replaced the switch covers. We painted the walls, ceiling and trim. In 2012, we sanded the floors and steps and painted them with porch paint.


Next Up?
We would like to paint the paneling in the stairwell down to the basement and paint the staircase.
Hallway

In 2010, we had the hardwood floors refinished. In 2012, we had the walls skim coated to repair and cover several cracks in the platser. We painted the walls, trim and ceiling. We replaced the ceiling light and the switch covers.


Next Up?
We would love to add a small cabinet in the inactive vent below the closet.


Bathroom
In 2011, we replace the window with a frosted glass casement window for privacy. In 2013, we repainted the walls, ceilings, and trim. We also painted the sink cabinet and changed the hardware.


Next Up?
We would love to change out the tile one day to something more neutral like white subway tile. We would also like the change or update the lighting.


We had the hardwood floors refinished. Our old roommate removed the wall paper from the wood paneling and we painted the walls, ceiling, and trim. In 2011, we replaced the three windows due to rot and broken panes.


Next Up?
We would like to paint the room, add built-in bookshelves, and put the closet doors back on. 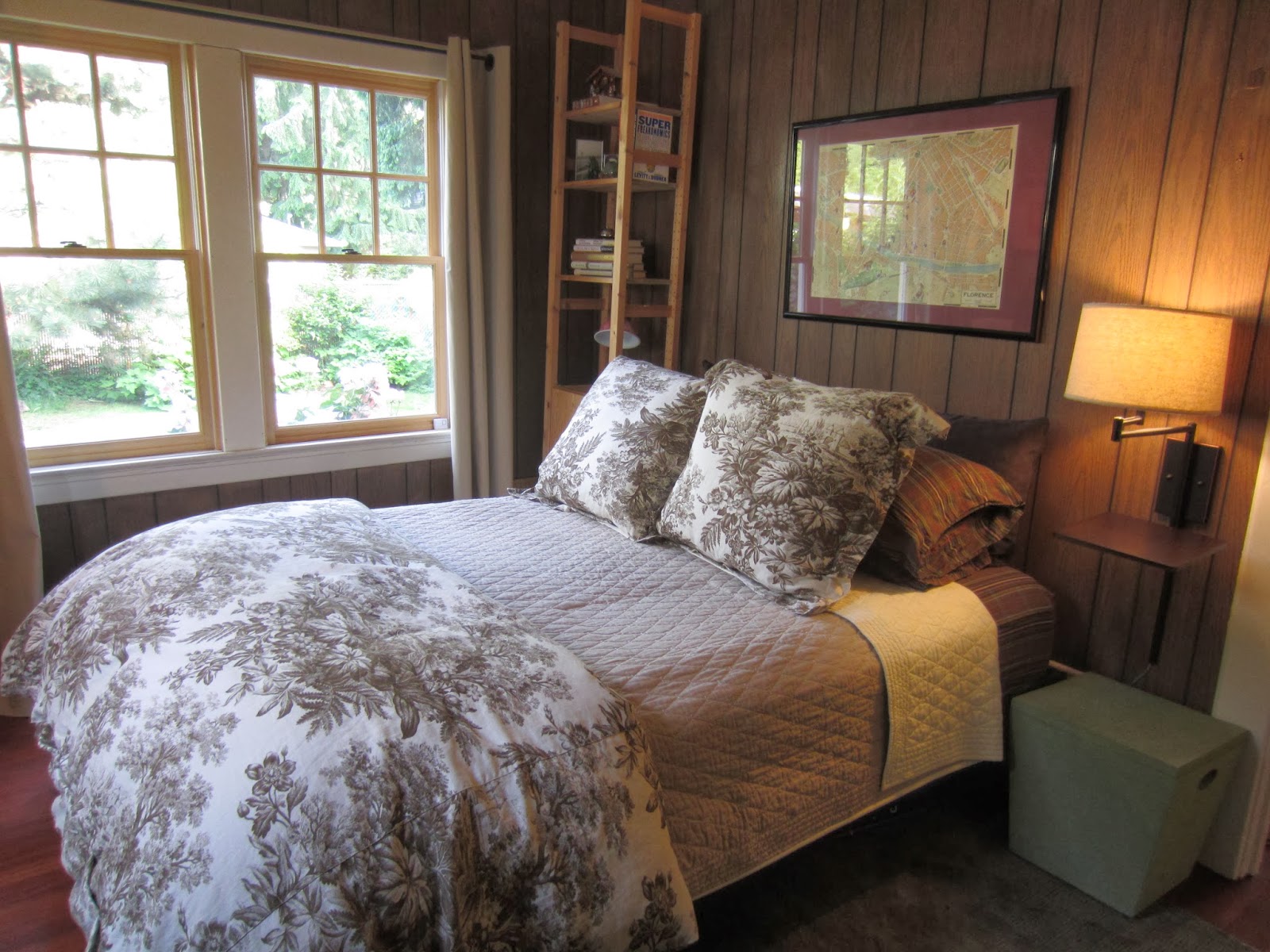 Second Floor:
Stairwell
In 2010, we had the stairs refinished. In 2011, we replaced the aluminum slider window with a new wood reproduction casement window. In 2012, we install new beadboard on the walls. We skim coated the ceiling. We painted the walls, trim and ceiling. We replaced the lighting and the switch covers.


Next Up?
We would like to strip the banister and newel posts to match the mantel and built-in. We are thinking about adding a staircase runner. We desperately need to add artwork.
Master Bedroom
In 2010, we had the hardwood floors refinished. In 2011, we replaced the vinyl double hung windows with new wood reproduction casement windows. In 2012, we closed in the attic hatch, we rebuilt the stud wall on the North side and installed drywall. We added two new closets, a bookshelf, and new trim. We had the walls skim coated and painted the walls, trim and ceilings. We replaced the ceiling fan, can lights and switch covers.

We would love to install some walls sconces on either side of the window. There appears to have been lights there originally.
﻿﻿ 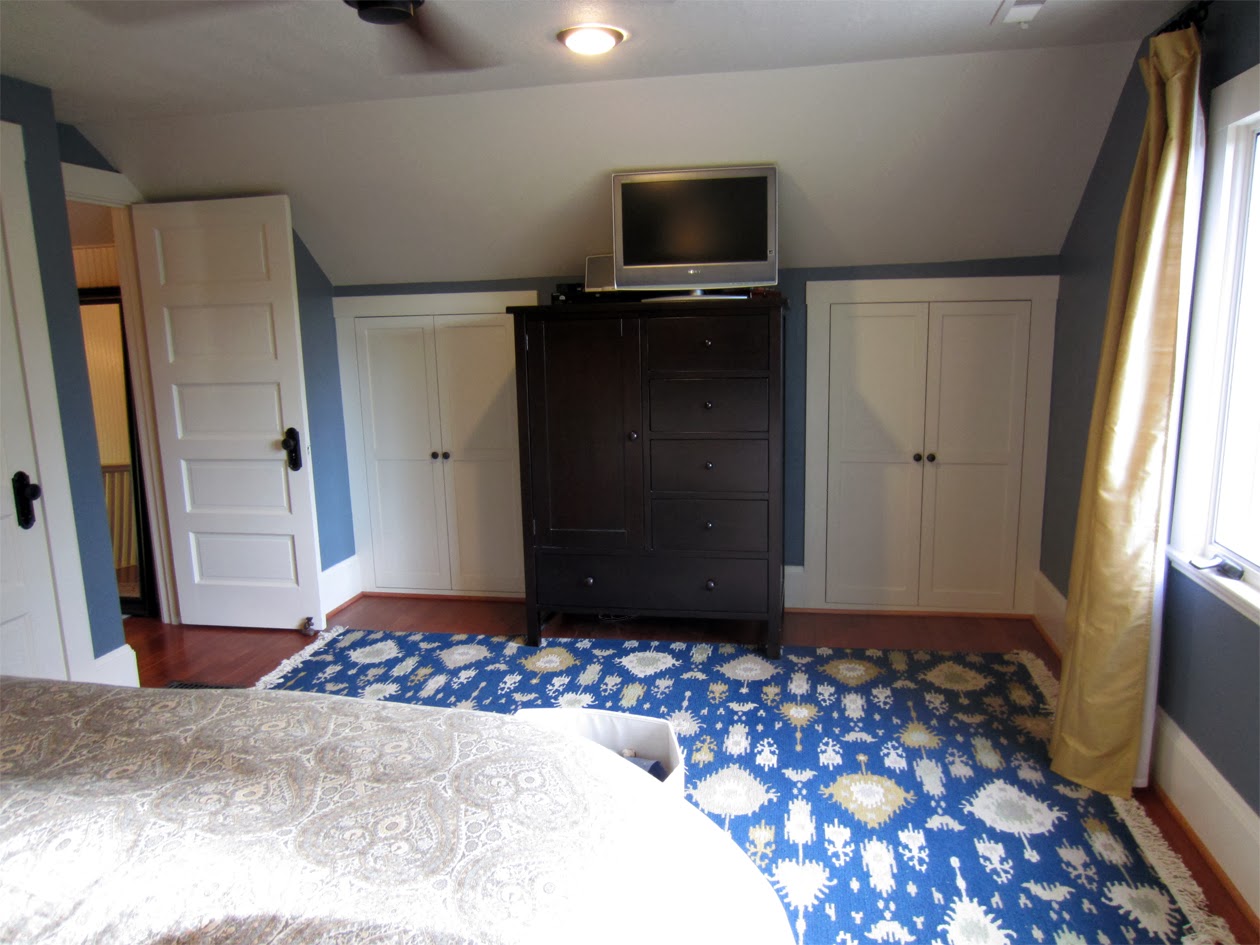 ﻿﻿
Office
In 2010, we had the hardwood floors refinished.

This is our next big project. We have new windows for the room and are gearing up for a remodel next year. Stay tuned to the blog for more information. 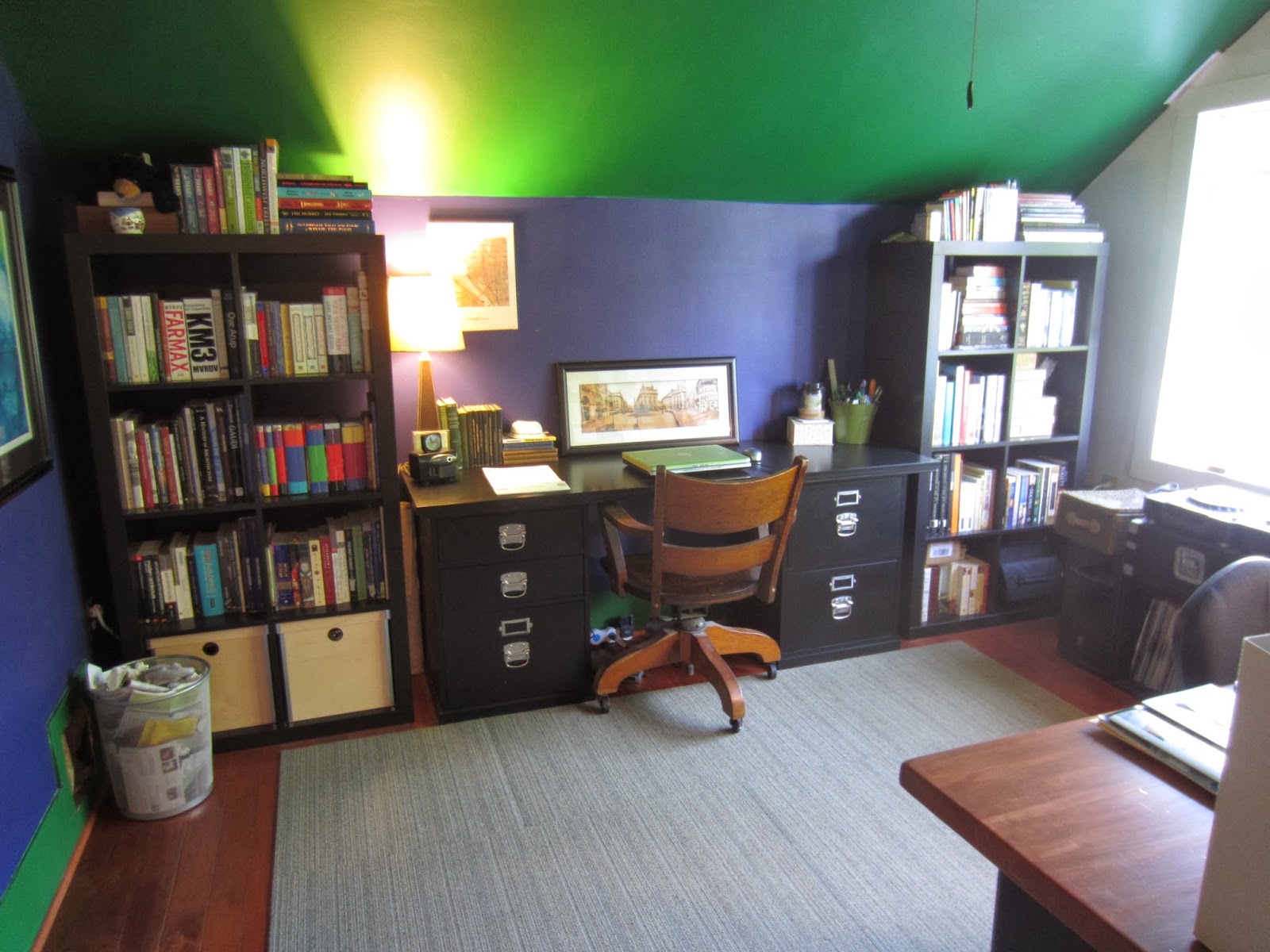 Dormer Bathroom?
If we stay in the house a couple more years we would love to build a dormer on the North side. We would install a large bathroom off the existing hallway doorway. This would probably cause us to completely remodel the kitchen below at the same time.