Garage- A Horrible Building That Stole My Money

﻿
﻿
﻿
﻿ ﻿ ﻿﻿I'm jumping back in time to cover some unexciting work that took place back in early 2013. When we first purchased our home we couldn't help but notice that our garage was less then conventional. We have what can only be called a garage duplex. Our neighbor next door owns a 1909 traditional Portland craftsman, in 1923 the family that owned the house (The Mensinger's) decided to divide their lot and build a house for their children (our house). Because this lot was never 'sold,' the boundary is 'squidgy.' We share a driveway and somewhere inside of it lies our property line. At the end of the driveway is an adhoc structure that includes two garage bays for my neighbor and one for us. The building appears to have grown overtime in a motley unorganized way. This led to a goofy saw tooth roof line which left two large valleys.

In 2011, our neighbor informed us that the roof in her garage was leaking. She asked if we wanted to reroof the structure. Unfortunately, we were in the middle of our costly exterior remodel and the thought of any additional funds going anywhere was just too much. At the time our garage was ugly, but still water tight. She agreed to wait and had a contractor replace some structural rot on her side and install a tarp to the roof. By 2012, our roof was leaking and we agreed something needed to be done. We all realized that the design of the roof led to the leaks. Even if we replaced the shingles we would still have issues with leaf build up and poor drainage. In a frustrating no win situation we realized we had to restructure the roof. This was not cheap. Honestly, I still cringe thinking about the cost we spent, on a garage.

Just to harp on the subject more, this is barely even a garage, probably more of a large shed. It's too small for our car (probably any car), has no power, no plumbing, barely any light. It is the place that things we don't know what to do with go to die. But, it does hold our bikes, and our lawn mower, and thus it has a purpose and is a selling feature of the home. So, in order to keep our asset and not let it fall down on our watch. We hired a contractor to come out and replace the roof. We designed one large hip roof to cover all three garages. This require reframing, resheathing and shingling.
﻿ 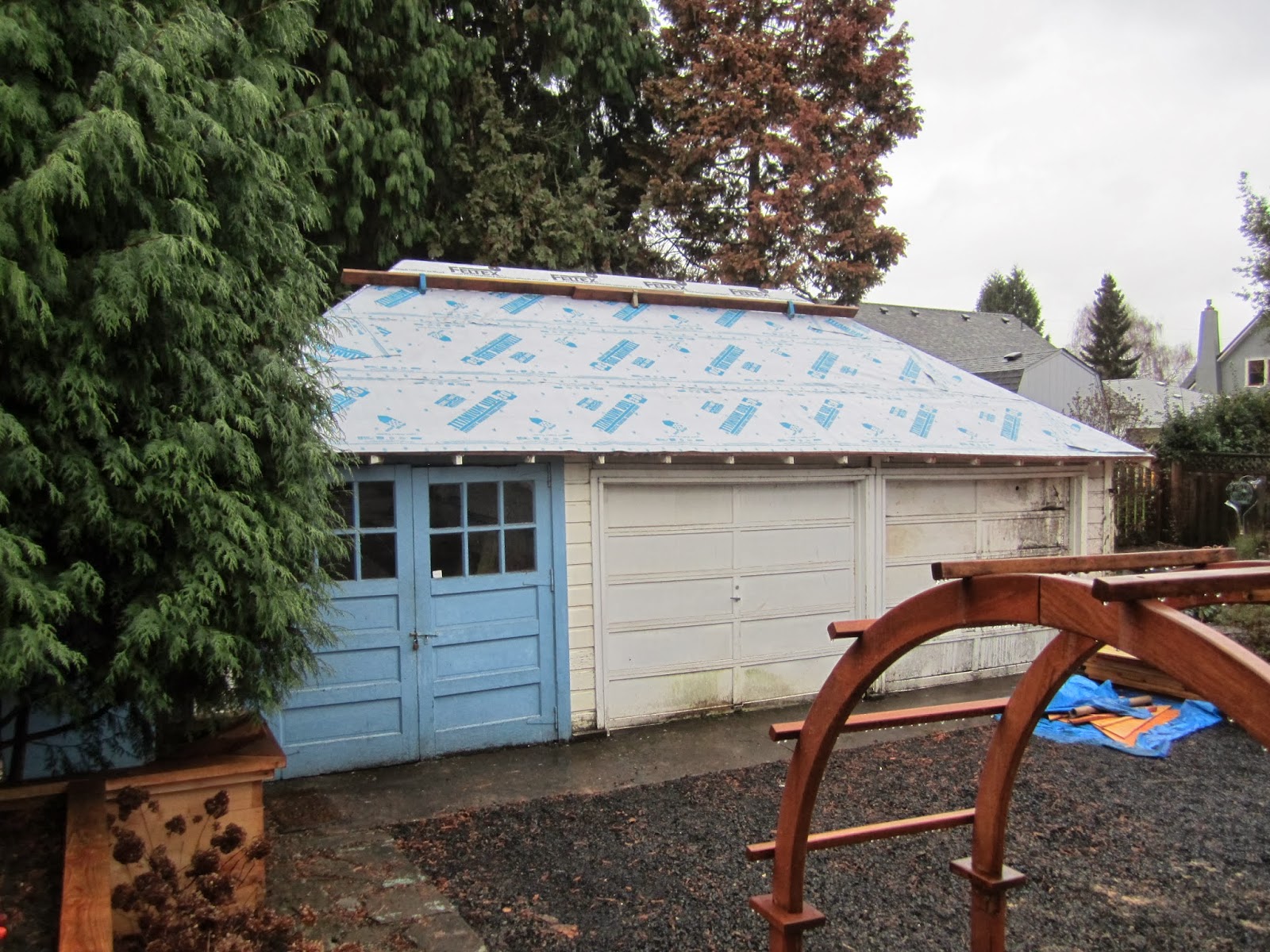 ﻿
Don't get me wrong it looks a million times better. However, I think about all the things I would have liked to spend that money on and get sad. As a cost comparison, our back porch addition was cheaper and we use it far more. Anyway... GET OVER IT. The good news was it rained throughout the winter and not a drop of water entered our garages. Also, we can now take a picture of the front of our house without photoshopping out the bright blue tarp. Win. 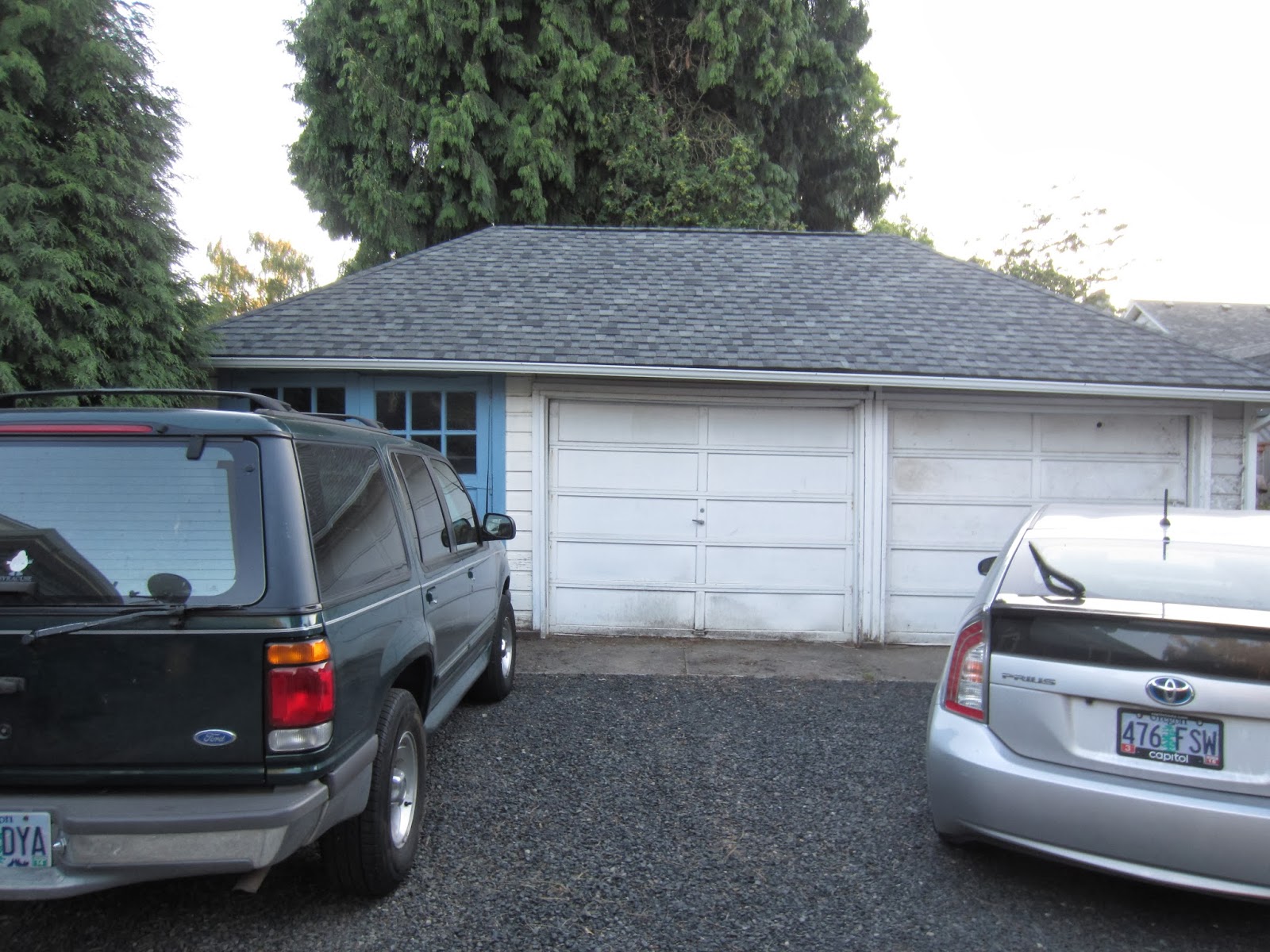 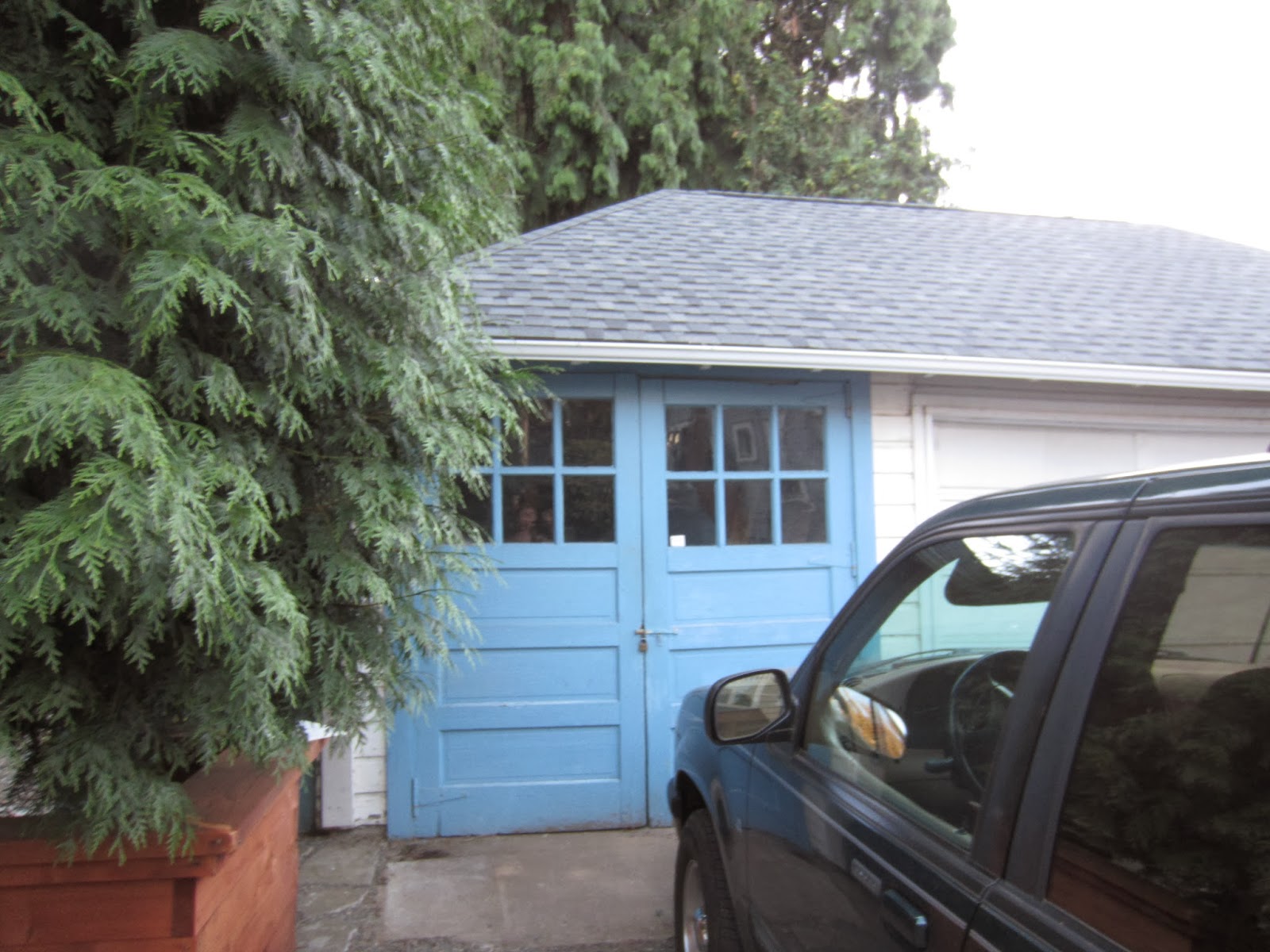